India is the land of endless natural and man-made wonders. Amongst them, one fascinating attraction is Khajuraho, located in Chhatarpur district of Madhya Pradesh. A group of monuments and one of the stunning UNESCO World Heritage Site of Madhya Pradesh in India is a center of attraction here.

Filters
X
Filter by
See Results
Filters
Showing : 1-8 out of 8

Explore the rich culture, heritage, traditions and attractions of India with just a single tour. Designed in a distinctive way this tour includes almost everything and will surely change the way you think about the incredible country. 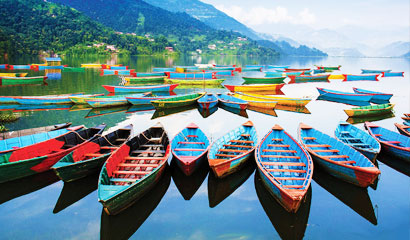 North India with Nepal Tour includes an excursion to many world heritage sites as well as Buddhist sites in both countries. You will visit the historical forts and palaces of the Golden Triangle circuit along with Khajuraho and Varanasi.

Madhya Pradesh tour allows traveling into the unexplored land of Khajuraho and an excursion of Kanha and Bandhavgarh national park where you can spot some of the unique species of flora, fauna, and majestic white tiger. 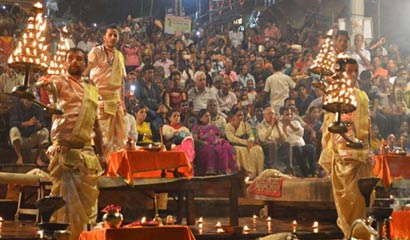 Grand Tour of North India exposes several famous sites, from the holy river Ganga in Varanasi to the extraordinary carved temples of Khajuraho. The well-planned itinerary of Rajasthan with Khajuraho & Varanasi tour includes the sightseeing tour of top attractions of these iconic places. 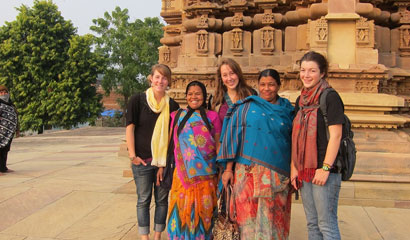 India is a land of rich heritage and cultural extravaganza. This Heritage of India tour gives an opportunity to explore the exquisite vastness of the country. You will celebrate innumerable memories of this heritage tour for your whole life.

A plethora of scenic and exciting golf courses in India attract travelers to play this royal game while exploring the rich heritage of India. This 16-days itinerary includes the best golf holiday destinations in India where you can check your golf skills while visiting the nearby attractions like the Taj Mahal at Agra, Khajuraho Temples, Varanasi Ghats, temples and monuments in Delhi and Kolkata and the attractions in Nepal.

We have a voluminous set of tours with a well-informed guide that will help you to get insights into the marvels of Khajuraho. You can take one of our Khajuraho tour packages and soak in the overwhelming beauty.

Affluence is at its peak in Khajuraho! You’ll know what we mean after taking Khajuraho holiday packages with us. This century-old temple complex was built by the Chandela Dynasty between 950 and 1050 AD. It still evokes interest among historians and architecture lovers to delve into the beauty of the monuments. The architectural style of these temples reflects the Nagara style. And as per the history, Khajuraho had 85 temples during the 12th-century scattered over 20 square kilometers. However, today, there are only 25 temples within the complex.

The Khajuraho temple is divided into two groups, the western and the eastern group. Kandariya Mahadeva Temple is the most famous one and falls in the western group. It is decorated with astounding sculptures with detailed artworks. Besides this temple, there are two other stunning temples that people love to visit namely, Lakshmana Temple and Matangeshwar Temple. You will automatically be attracted to the architectural heritage here. The eastern group of temples includes slightly smaller temples as compared to the western group. The most photographed temples here are the Adinath Temple and Javari Temple.

There is another soul-stirring attraction that you can add to your Khajuraho sightseeing itinerary. It isPanna National Park, located approximately 40 minutes away from the temple complex. A trip to the park is also a great way to explore the surrounding area in Madhya Pradesh. If you are considering to stay back in Khajuraho, we can also help you experience the best of wildlife. At Panna National Park, you can delve into the beautiful tiger reserve and go for a safari amid the emerald forest. Whilst enjoying your wild adventure, you can see leopards, wolves, tigers, hyenas and many other species. The nearby River Ken also cast a charming spell. You can hire a boat here and go for a boat safari.

If you are more into adventure, make your Khajuraho trip even better by going to another wildlife place, Ken Gharial Sanctuary. Here, get a closer look of gharials and make sure not to blink your eyes too much, else you might miss a chance to spot a variety of birds like Shaheen Falcon. Besides the wildlife sighting, you might as well visit a stunning waterfall - Raneh Falls which is located around 30 minutes from Khajuraho. No matter what your preferences are, you can always enjoy wonderful holidays in Khajuraho.