Kolkata or Calcutta as it was known earlier is a city that has not lost its old-worldly charm. The erstwhile capital of British India, the colonial architecture of the city still has the aristocratic air. Located on the banks of Hooghly, this 'city of joy' is one of the most fascinating cities of India. You can get a deep insight into the city from the Kolkata travel guide which will help you to plan your Kolkata trip.

The Netaji Subhash Chandra International Airport is the main airport connecting the city to the rest of the world. There are direct flights from Doha, Bangkok, Dubai, Hong Kong, New York, Sydney, Toronto and other major international cities to Kolkata. The airport is also well connected with other major Indian cities like Delhi, Mumbai, Bangalore, and Pune via regular flights.

You can also take a bus from Cuttack, Bhubaneswar, Puri, Siliguri, Ranchi, and Patna to reach Kolkata. Howrah and Sealdah stations are the major railway stations of Kolkata and both the stations are well connected with the rest of India via a robust rail network. Locations as far as Jammu, Ahmedabad, and Kanyakumari are connected to the Kolkata station by train.

The botanical gardens of Kolkata will give you a respite from the hustle and bustle of this metropolis. Spread in an area of more than 100 acres, the botanical gardens were established in 1786 by the British. Today these gardens house more than 12000 species of plants and are a wonderful place for you to spend some quiet relaxing time. You can also find the 250-year-old world's oldest Banyan tree when you visit these botanical gardens.

Belur math is another popular place to visit during the Kolkata tour. Founded by Swami Ramakrishna Paramhamsa, the Belur Math is the headquarters of the Ramakrishna mission. Building 1938, Belur Mart is a wonderful combination of British, Indian as well as Islamic styles of architecture. People usually find some solace in Belur math as you seek the meaning of life here.

Indian museum is one of the oldest museums in India, the Indian museum. This 2 centuries old museum contains some important relics, some of which date back to two millennia. You will find interesting articles here which include a pickled human embryo, a mummy, 37 kinds of opium and skeletons of whales.

To escape the sweltering heat and drenching rainfall of Kolkata, we suggest that you visit the city beautiful during Indian winters, which typically start from December and last till February. With the Kolkata guide, you will be able to plan your tour in the best possible way. Indian holiday also offers a wide range of Kolkata tour packages which will take you to the famous tourist attractions of Calcutta travel guide.

Sightseeing and Things To Do in Kolkata

Kolkata is a beautiful city that is a tourist hotspot located on the eastern shores of India. It is thrived by the tourists throughout the year while the best time to visit Kolkata is the winter season when the region experiences the comfortable weather.


How To Reach Kolkata

Kolkata is the capital city of West Bengal is well-connected with the rest of the country from all modes of transport. Here we have mentioned about how to reach Kolkata. Take a look before planning the Kolkata trip.

Other Places to Visit in West Bengal 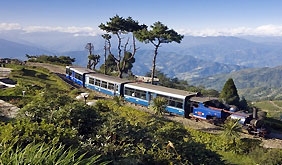 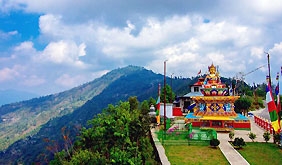 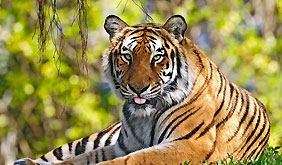