Kausani is one of the most marvelous hill towns in India which is known for its pleasant climate with mild summers and really cold winters. The hill town is characterized by a peaceful and serene aura and not overly crowded like other popular hill stations in India. Kausani travel guide will introduce you to this picturesque hill station that is famous for its stunning views of the Himalayas. Sniggled at an altitude of 1,890 meters above sea level, there are very few other places that offer the spectacular 300 km-wide panoramic views of the majestic Himalayan peaks of Trishul, Nanda Devi, and Panchchuli. On a clear day, the beautiful blue sky becomes a splendid background to these peaks. Dubbed as the “Switzerland of India”, Kausani is synonymous with lush green landscapes, dense coniferous trees and silent valleys which make it a very popular hill station. It is also a home to gabled colonial-era houses, orchards and the green-roofed Christ Church, dating from the mid-19th century.

Kausani, sitting atop a mountain ridge in the Himalayan foothills and being surrounded by a thick cover of pine trees, provides some marvelous panoramic views of the surrounding peaks. The town overlooks Someshwar Valley from one side and Garur and Baijnath Katyuri valley on the other. The hill resort of Kausani is located north of Almora in the Kumaon Region of Uttaranchal. Kausani is the perfect destination for those tourists who want to enjoy the beauty and serenity of nature.

A lesser-known fact about Kausani is that it was once called Valna, which was a part of the kingdom ruled by the Katyuri dynasty, with Kartikeyapura as its capital. The Katyuri dynasty, which ruled between the 7th and 11th century AD, extended from Afghanistan in the west to Nepal in the east, when it was at its peak. By the 12th century, it had split into many principalities. A branch of Katyuri kings set up the Rajbar Dynasty, which ruled the region until it became a part of the British Raj after the signing of the Sighaulli Treaty in 1816. The ruins of the ancient kingdom can still be found scattered around Kausani.

Mahatma Gandhi spent some time here, while he was writing the book 'Ana Shakti Yoga', a commentary on Bhagwat Gita. The 'Ana Shakti Ashram' was founded here by his disciple Sarla Ben (Katherine Heileman). Kausani is also the birthplace of famous Hindi poet Sumitra Nandan Pant and its beauty inspired him to write many poems. Tea gardens mingled with dense pine forests and fruit orchards bear the basic characteristics of a hill station, making Kausani an excellent summer getaway.

Sightseeing and Things To Do in Kausani

Nestled in the Himalayas, Kausani is a beautiful hill station perched at an elevation of 1,890 m, and the best time to visit Kausani is during the summer and the winter seasons. Kausani is an excellent summer retreat, offering a blissful break from the scorching heat experienced in the plains. While the winters offer the majestic views of the snow-clad peaks.


How To Reach Kausani

Kausani has been rightly titled as the Switzerland of India and this picturesque hill station is heaven that takes you away from the monotonous city life. 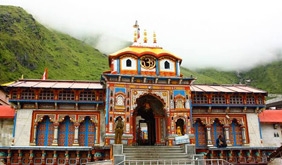 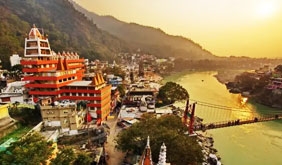