Travelers can witness magnificent historical monuments and cultural sight in the top cities of Uttar Pradesh. Among the favorite tourist places in UP, Lucknow, Agra, Mathura, Allahabad, and Varanasi deserves a special mention. They welcome lakhs of tourists every year owing to their rich historical significance.

There is an unending list of places in Uttar Pradesh for the tourists to explore. Lucknow is the capital of Uttar Pradesh. And it is believed that this city is founded by Lakshman, brother of Lord Rama of Ramayana. However, Lucknow flourished under the Awadh rule. It became a seat of power during the Mughal dynasty. Visitors can explore various historical monuments built by the Nawabs like the Bada Imambara, which is the largest building in Lucknow. There is a mosque, a ‘Darbar hall’ where the Nawab used to sit and Bhul bhulaiya an architectural marvel, where the Nawabs were said to play hide and seek with their begums. Another beautiful monument of the city is the Chota Imambara which is built by the Nawab Muhammad Shah Ali. This city houses the famous tourist places of Uttar Pradesh which includes the Lucknow state museum, Constantia House and the British Residency. Trip to Lucknow is incomplete without savoring the famous Mughlai delicacies like Galouti Kebab, Biriyani, and Kulfi.

After Lucknow, comes Agra, it is one of the most visited cities as per the Uttar Pradesh tourism. Agra is world-famous for the Taj Mahal, the architectural marvel of the human race. One of the wonders of the world, this white monument was built by Emperor Shah Jahan in memory of his beloved wife Mumtaz. This mausoleum is an epitome of love. Try to witness the Taj Mahal during the sunset or sunrise. The view of the Taj Mahal looks splendid. Apart from the Taj Mahal, Agra is home to some of the most magnificent monuments and UNESCO World Heritage Sites which include Tomb of Itimad-Ud-Daulah, Agra Forts, and Fatehpur Sikri. Guru ka Tal, Mehtab Bagh, Akbar’s Tomb, Chini ka Rauza, Taj Museum, and Angoori Bagh are a few other famous tourist attractions.

Mathura is the sacred city for the Hindus since it is believed that it is the birth city of Lord Krishna. There are many temples in Mathura, dedicated to the prime deity, Krishna. Shri Krishna Janmabhoomi temple is the most important temple to visit here. The Mathura, Vrindavan, and Barsana get plenty of tourists from all parts of the world during the festival of Holi. They visit here to witness the grand Holi celebrations. ISCKON Temple, Prem Mandir, Banke Bihari Temple, Radha Raman Temple, Govind Devi Ji Temple are very famous temples of Vrindavan. It is believed that Lord Krishna spend his childhood in Vrindavan and Barsana. These places hold a special place in Hindu Mythology and a large number of tourists visit there.

Allahabad or Prayagraj is known to be the sacred place where all the three major rivers meet. Triveni Sangam is the place where the rivers Ganga, Yamuna, and Saraswati meet. One can see the three distinct colors of the rivers as they confluence with each other.  Allahabad is also the place where the famous Kumbh Mela happens every 12 years. Lakhs of devotees visit Allahabad during this time to bathe or take ‘snan’ at the river to rinse off their sins. Allahabad Museum and Allahabad Fort are among the famous tourist places in Uttar Pradesh. The Ghats in the city offers a majestic view and take a boat ride during sunrise or sunset. It is an amazing way to explore the city. The spiritual aura of the city is supreme and unparalleled.

Varanasi or Kashi is the oldest city in the world and it is one best place to visit in UP. This is the holiest city for the Hindus and it attracts a large number of tourists from all over the world. The city has retained it’s old-worldly charm successfully and one can witness the bygone era in Varanasi. The river Ganga with her various Ghats welcomes everyone to this city. Varanasi is where the powerful Hindu deity Lord Shiva resides. The Kashi Vishwanath Temple dedicated to Lord Shiva and it is one of the 12 Jyotirlingas. This temple is situated on the bank of the River Ganges and it is a wonderful place to visit. There is a saying that Hindus have 33 crores Gods, and everyone has their presence in Varanasi. This city is dotted with a large number of ancient temples, Ghats, and other architectural wonders. Take a walk in the old alleys of Varanasi to soak in the spiritual aura of the city. Witness the holy Ganga Aarti that happens at the Dashaswamedh Ghat every evening. Enjoy a boat ride in the Ganga River. The more you visit Varanasi, the more you fall in love with this place.

Sarnath and Kushinagar are prominent pilgrimage sites for Buddhists. As Sarnath is the place where Lord Gautama Buddha gives his first sermon after his enlightenment and Kushinagar is the place where he died. Jhansi, Gorakhpur, Kanpur, Ayodhya, Aligarh, Noida, Bulandshahr, Etawah, and Meerut are other famous cities of Uttar Pradesh. This state is embedded in the heart of India and one of the best places to visit in India.

All the places in Uttar Pradesh are easily accessible. They are well linked with the major cities by airways, railway and by road as well. One can easily find a cab and taxi from the nearest cities. Being located close to the capital city of Delhi, this state is easily accessible for the tourists. Contact us for more details regarding Uttar Pradesh tourism. 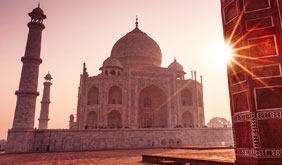 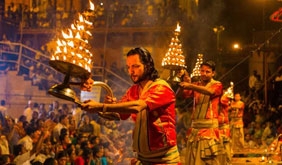 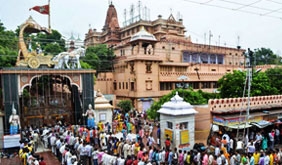 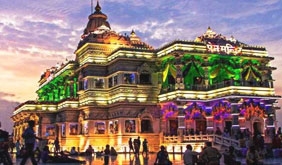 
Sightseeing and Things To Do in Uttar Pradesh