Mehrangarh Fort is situated in Jodhpur City which is well-known for its location of being right at the edge of the Thar Desert.  Mehrangarh Fort is also known as Jodhpur ka kila. Jodhpur City is a heaven for the tourists and historical place lovers who love to see the royal lifestyle, historical, and tradition of the Rajasthani rulers. This fort is one of the largest and most formidable forts in Rajasthan and perched upon a hill at 400 feet which spread across 5 km in the heart of the city. If anyone wants to explore the ancient culture and deep history of Jodhpur then Mehrangarh Fort will be the perfect place for the same.

This magnificent fort was made by Rao Jodha in 1459. But most of the developments of this fort were done by Jaswant Singh in 1638 to 1678. The name of this fort is coming from a combination of two Sanskrit words – “Mihir (The Sun God) and “Garh (Fort)”. So, Mehrangarh Fort History describes that the families lived in this fort were believed that they have their origins from the Sun God as per Hindu mythology.

The walls of this massive fort have a width of 69 feet and a height of 118 feet that protect the huge area of it. Mehrangarh Fort Architecture consists of numerous palaces which are located inside the walls of the fortress that have their distinctive identities. They are beautifully intricate with the Rajasthani designs and carvings.

The palaces of Mehrangarh Fort are called Moti Mahal – a glass-painted Mahal along with the pearl colors windows where the kings held their courtroom, Sheesh Mahal – the mirror hall, Zenana Deodi – the women’s quarters that made of sandstone, Phool Mahal – the extravagant hall that was used for leisure activities of the royal family and much more.

This fort has two ancient temples which are known as the Nagnechi Ji Temple which is dedicated to the Kuldevi and the Chamunda Mataji Temple which is dedicated to Goddess Durga. These temples have fascinating tales behind their existence. Also, it has a museum which includes ancient artifacts and relics that are related to the royal families of Rajasthan and which depicts the culture of the Mughal dynasty. Besides, the museum has a vast collection of costumes, paintings, carved rooms, musical instruments, furniture, royal cradles and, arms and many more.

One can see the panoramic view of the Jodhpur city from the Mehrangarh Fort which looks like a blue carpet laid at the foot of a hill. This fort contains seven gates that can be used to enter into this fort. These gates are built by different rulers and made in honor of the victory over Jaipur and Bikaner armies.

Things to know about Mehrangarh Fort:

The musicians play the traditional folk songs at the entrance of the fort which is the best thing about Mehrangarh Fort and it one of the charming attractions of the fort. Besides, the popular movie “The Dark Knight Rises” of 2012 from the Batman Series had a significant scene shot at this delightful fort.

With the number of amazing things to do and see in Jodhpur, the tourists can’t miss the prominence of Mehrangarh Fort, India. Local people perform the cultural dance wearing traditional Rajasthani costumes that represent the authentic tradition and culture of Rajasthan. The ambiance of this fort is relaxing and the travelers can easily explore all its nooks and crannies.

But on the foundation day of Jodhpur, the 12th of May, the entry ticket price in this fort is free of cost for all visitors.

Sightseeing and Things To Do in Jodhpur 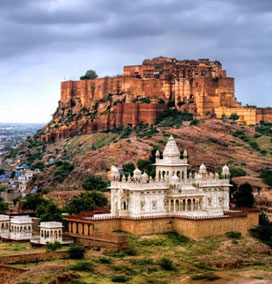 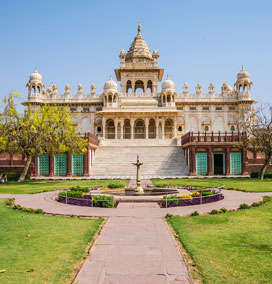 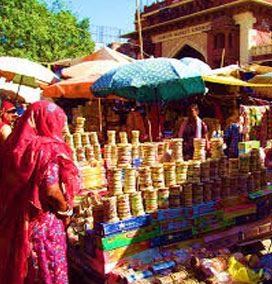 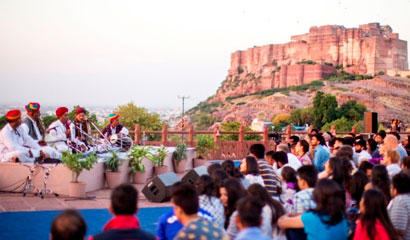