Aurangabad, the tourism capital of Maharashtra, is well known for its rich history and historical monuments. It is one of the four important cities of Maharashtra. Aurangabad travel guide will reveal that even today the city retains its past glory, culture, charm, heritage, and tradition. The history of this city is dated back to the 2nd century BCE. During that time, the Satavahanas ruled this region, and the world-famous Ajanta and Ellora caves were carved. The monolithic structures and beautiful caves are the finest examples of Buddhism, Jainism, and Hinduism, from the 5th to 10th century BCE. Khatki was the original name of Aurangabad and the city was founded by Malik Ambar, the Prime Minister of Murtuza Nizam, Shah of Ahmednagar, in 1610. Malik Ambar died in 1626 and his son Fateh Khan renamed it as Fatehnagar.

The Mughal Emperor Aurangzeb made this city his capital and named it Aurangabad. It was the capital of the Mughals from 1693 - 1707. In this brief period of time, some of the fascinating monuments were built here, including Bibi ka Maqbara, a replica of the Taj Mahal. For the Mughals, Aurangabad was an important location since it served as a strategic point to suppress the rising power of the Maratha ruler Chhatrapati Shivaji. The invincible Daulatabad Fort guarded the city and gave it a strategic stronghold. Aurangabad had 52 historic gates and 51 were built during the period of Aurangzeb, and Aurangabad was popularly known as the City of Gates. Bhatkal Gate near the Naukhanda Palace of the Nizams is the oldest and biggest gate and the only one which was not built by Aurangzeb. Each gate is finely carved and has a story and only eighteen gates survive today. After Aurangzeb's death in 1707 Aurangabad was taken over by the Nizam of Hyderabad. The various rulers who ruled Aurangabad left their mark on the city.

The city boasts of impressive and well-known handicrafts like Himroo silk shawls, Sarees, and Paithani Silk Sarees. The Himroo material is woven by combining golden and silver threads with cotton. The art of weaving Paithani Sarees is 200 years old. Weaving is done by combining pure silk and pure gold threads. It has intricate patterns of flowers, peacock, and parrots, along with inspirations from Ajanta and Ellora Caves. Bidriware and semi-precious stones are other attractive handicrafts found in Aurangabad. These beautiful handicraft items make excellent souvenirs to carry back home. The handmade paper at Kagzipura is very famous and the first handmade paper in India was produced in Aurangabad. This city has been declared as the fastest developing city of Asia, for its industrial growth rate. The city has a beautiful amalgamation of Hinduism, Buddhism, and Islam, which is reflected in its monuments and people living there. Aurangabad tourist places guide will give you information about this historical city which was the only Mughal capital in Southern India.

Sightseeing and Things To Do in Aurangabad

Aurangabad is the largest city of the Marathawad Region and perched on the hilltop of the Deccan Traps. It is a popular tourist hub with the famous tourist destinations of Ajanta and Ellora Caves, Daulatabad Fort, and many more places. Aurangabad attracts a large number of tourists throughout the year but still, people want to know about the best time to visit Aurangabad. Here is the description of all the three seasons of the year and weather in Aurangabad during the different seasons.


How To Reach Aurangabad

When it comes to connectivity, Aurangabad is well-connected to other major Indian cities by air, road, and rail. 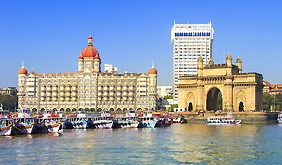 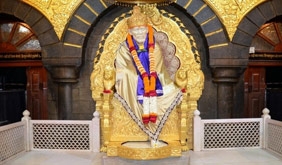 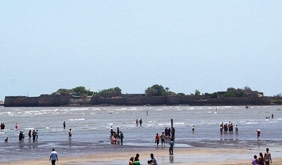 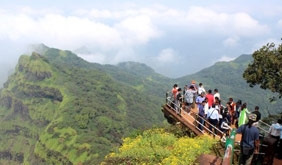