Kanha National Park is situated in a central region of Madhya Pradesh. It is considered as the largest national park in central India and also has been ranked as one of the ideal parks in Asia. This national park is established in 1955 and has since actively contributed to the preservation of several endangered species. The present-day area of the Kanha Tiger Reserve stretches over a 940-kilometer square that is divided into two sanctuaries – Banjar and Hallon. This national park came to be known for the world through Rudyard Kipling’s book – The Jungle Book. Every evening, an awe-inspiring and thrilling light and sound show held in Kanha Museum and most of the visitors come here to see this stunning show.

Kanha National Park travel guide offers you an all-round nature experience like bamboo forests, rich lush green landscape, open grasslands, streams, and lakes, etc. to the nature lovers. Each year, this national park is closed from 16 June to 30 September due to the monsoon season. But, this park is also closed every Wednesday afternoon, and Diwali and Holi.It is the only location in India where the most abundant variety of flora and fauna can be found. So, if anyone wants to come closer to nature, then come to this beautiful wildlife sanctuary.

Kanha National Park is famous for the Royal Bengal Tigers among the 22 species of large mammals. Besides, the Kanha National Park is the home to one of the rarest species of deer – the Barasingha, the Swamp Deer. This park saves this unique Barasingha species that were once on the verge of extinction. In addition to it, this park consists of some reptiles such as krait, pythons, cobras, and other varieties of snakes. Apart from it, other important animals in this park are wild dogs, leopards, sloth bears, langurs, wild cats, hyenas, jackals, foxes, and wild boars.

Sightseeing and Things To Do in Kanha


How To Reach Kanha 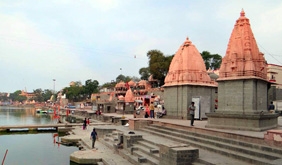