The Pazhassi Tomb in Wayanad, Kerala is made in the loving memory King Pazhassi, who was also known as the lion of Kerala. The tomb is situated on the banks of River Kabini in Mananthavady at the same place where the lion of Kerala was cremated. Pazhassi Raja was a fierce warrior and one of the few rare kings of India who were able to win against the Britishers in the battles. After Tipu Sultan, he was the last king from South India who rebelled against the Britishers.

The Tomb of King Pazhassi is under the protection of the Kerala State Archaeological Department. In March 1996, this tomb was converted into a museum, which displays all the important artifacts from the Pazhassi Era including the famous Sword of Raja Pazhassi himself. You will be awestruck after observing the various furniture, weapons, utensils, stone statues, coins, ancient weapons, and letters of communication by Britishers asking to suspend the Pazhassi revolt. There are even a few Raja Ravi Varma paintings in this museum, who were one of the most celebrated painters of India. Art Gallery also consists of different murals from other artists as well.

The Pazhassi Museum consists of 4 galleries namely The Tribal Gallery, Heritage Gallery, Numismatic Gallery, and The Pazhassi Gallery. A small garden has been developed on the premises of the museum where families can be seen enjoying their time.

Pazhassi is located in North Wayanad and is well connected with the rest of Kerala through roads, you can easily find a bus from Kozhikode to Mananthavady Bus Station. The museum is situated only 1 km from Mananthavady Bus Station. The nearest airport is the Kozhikode International Airport which is about 136 kilometers from here. The nearest railway station from Mananthavady is the Kozhikode railway station which is 95 kilometers from here. One can easily cab, taxi, and bus from the respected places to reach the nearby bus station.

Sightseeing and Things To Do in Wayanad 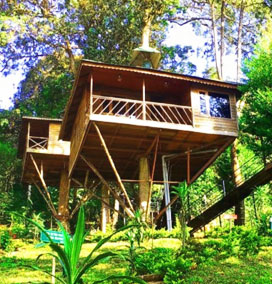