Also known as The Art Museum and Museum of Trivandrum, the Napier Museum of Kerala was established in the 19th Century by the Governor-General of Madras known as Lord Napier. Robert Chisholm was the architect commissioned to design and construct the Napier Museum. Kerala has been a traditional trade destination for many countries like China, Japan, Europe and countries from Arabia. This fact is well represented in the architecture of Napier Museum. The museum is a classic combination of various architectural styles but mainly it is a depiction of the Indo-Gothic of Indo-Saracenic style of architecture.

Being an amalgamation of different architectural styles, the museum looks stunning and is one of a kind in India. One of the interesting things about the Napier Museum in Trivandrum is that it contains its natural air conditioning system and you would not feel the tropical Kerala heat in this museum. The natural air conditioning system is ingenious in design, it contains double walls which accompanied by ventilators which trap the hot air inside and cools it before allowing it to flow into the museum.

The museum exhibits more than 500 artifacts. Archaeological artifacts that contain idols from various Indian royal Empires like Chola, Cheras, Vijayanagara, and others are displayed in their full grandeur in the museum. There are various ancient musical instruments on display at the Napier Museum which are sure to delight a music lover. Ivory carvings and stone sculptures made during various eras add on to the beauty of this museum.

There is a large collection of ancient coins from various kingdoms around the world. At last count, there were around 5480 coins in the museum which depicted the life and times of Persian, Turkish, Roman, Danish and Dutch Empires along with coins from the various South Indian Empire. Interesting things like a wooden ornamental box, Temple chariots, different types of lamps, burial urns from the Prehistoric era and collectibles donated by the royal family of Travancore form the collection of the Napier Museum. You can spend time in glaring at the various paintings which are on display at the Sree Chitra art gallery in the museum.

A Japanese shadow play leather artifact is a major attraction of the museum. It is used to show various stories from the epics of Ramayana and Mahabharata. Another major attraction is the sword of Velu Thampi Dalawa who was one of the first individuals in Kerala to Rebel against d British East India Company. He was the prime minister of the erstwhile Travancore state in the early 19th century.

Although this is an indoor museum and can be visited at any time of the Year, Trivandrum being a tropical City gets heavy rainfall during the monsoons and can get hot and humid during summers. Hence winters are the best place to visit Trivandrum.

The Napier Museum is located in Trivandrum in India. One can auto-rickshaw, rickshaw, cab, taxi, and bus from any place in the Trivandrum to reach the museum. Thiruvananthapuram is well connected with the railheads, airways, and roadways to all the major cities of the country. It is well connected with other railheads of India like Mumbai, Chennai, Bangalore, Hyderabad, and Kochi. You can take a cab from anywhere in the city to the Napier Museum in Trivandrum.

Sightseeing and Things To Do in Thiruvananthapuram 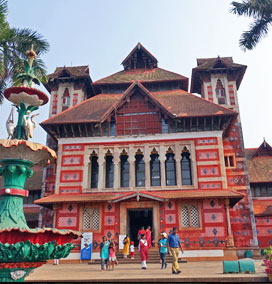 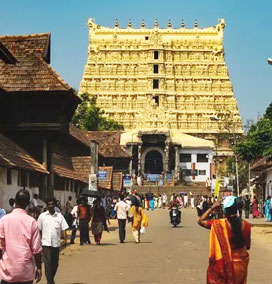 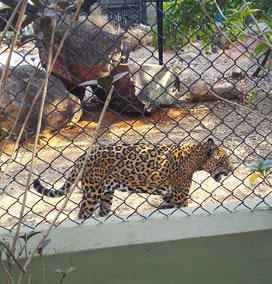 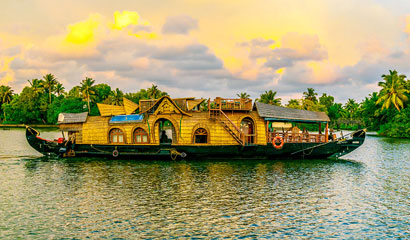