Kochi is also pronoun Cochin is a bustling port city located in the southwestern coastal region of India bordering the Lakshadweep Sea. Owing to its advantageous location, Kochi was a major spice trading hub since the 14th century. A lot of spice trading activities happened with the Arabs and European nations. Cochin is always a traveler’s favorite because of its rich history. Cochin was ruled by the Europeans for many years. The Portuguese navigator founded the first European establishment in Cochin dating back to 1503. During the consequent years, it was taken over by the Dutch and British rulers.

Due to the foreign invasions, you can find ample historical monuments in Cochin depicting the bygone days. This lovely port city is an archipelago of various islands. Ernakulam is one of the primary islands where the locals reside and where you can explore the commercial and modern-day Cochin. The old part of Cochin is in the peninsular districts of Fort Cochin and Mattancherry.

Cochin is fondly named as the ‘Queen of the Arabian Sea’. Being a melting pot of European, Arabic and Indian culture and history, Cochin is bound to surprise you with its innumerable tourist places. Many of the Cochin travel guides will advise you to stay in the modern Ernakulam and explore the various other islands like Fort Kochi and Mattancherry via day trips. However, we would suggest you travel the other way. Base yourself in the old Fort Kochi and witness the historical city from there.

Cochin is a perfect place to experience modernity with the bygone era. Dotted with the shopping malls, pubs, ancient temples, exquisite palaces, and heritage sites. This place gives you a glimpse of the enchanting beauty of Kerala and then you will understand why this state is popularly known as God’s own country.

There are plenty of places to visit in cochin and know through Kochi travel guide about it. One can visit the famous Mattancherry Palace built by the Portuguese in Mattancherry. The unique trait of this palace is that in spite of being a Portuguese architecture the mural in the palace depicts Hindu Gods and arts. Explore the successful amalgamation of various races in Kochi by taking a walk in the old Fort Kochi.

Here the Dutch cemetery, the Jewish synagogue, and historical churches all echo the glorious past days. The first European constructed church is in Fort Kochi known as the St. Francis Church. You can also visit another beautiful church - Santa Cruz Cathedral Basilica here. Don’t miss a trip to the Indo to-Portuguese museum and Maritime museum. One can also take a look at the famous Chinese fishing nets on the beach. These unique fishing nets have been a part of Cochin since the 14th century. These are the best tourism places in kochi.

Apart from these, you can explore the Bolgatty Palace, the oldest Dutch palace in the world outside Holland. Then, a visit to the Vasco Da Gama square and Marine Drive in Cochin is a must-visit place as per the kochi tourism. We have beautiful travel packages for Kochi, you can Book Kochi Tour Packages with us.

Sightseeing and Things To Do in Cochin

Cochin is situated at an advantages location that it has pleasant weather throughout the year. The best season to visit Cochin is winter months as the climate is comparatively cooler.


How To Reach Cochin

Cochin is a bustling commercial port city and famously known as the ‘Queen of the Arabian Sea’. This city is bordering the Laccadive Sea. Cochin was always easily accessible by waterways since the 14th century.

Other Places to Visit in Kerala 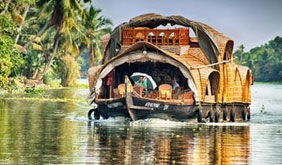 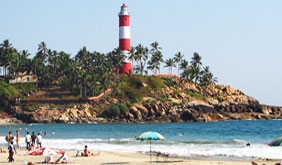 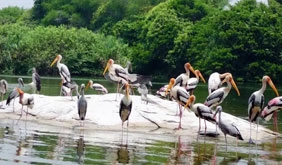 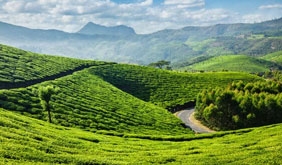