Hassan is a beautiful city in the state of Karnataka. It may not be a big city but you can expect to find tons of tourist interest places. Hassan is located at a distance of approx. 200 kilometers and over 3 hours’ drive from the capital city of Bangalore. Hassan Travel Guide will provide you all the details about this city and its famous tourist attractions. If you enjoy exploring the ancient remains of yesteryears then the Hassan trip is the best opportunity. It is one of the places that still preserves the remnants of the medieval era. The city reflects on the rich heritage and culture of the state. It has beautiful architectural structures, murals, and sculptures that echo various stories of the past.

Hassan tourist places include the famous Hassanamba Temple through which the city got its name. The Gorur Dam located on the Hemavathy River is a famous sightseeing option in Hassan. It is also popular among families. Shravanabelagola is a rural town in Karnataka and it is an important tourist place. Here, the Gomateshwara Bahubali Statue or statue of Lord Bahubali is one of the most important pilgrimage destinations in Jainism. The Bahubali statue is approx. 1000 years old and it is also considered one of the tallest monolithic statues in the whole world. The town has a deep influence of Jainism philosophy, you can see its influence on the temples, sculptures, and paintings as well as in the literary works of the entire region.

Apart from the culturally blessed town of Shravanabelagola, people often make Hassan as the base for visiting Belur which is also another famous town in Karnataka popular for its Chennakeshava Temple. The temple displays a great example of Hoysala architecture. Halebid, one the other hand is also a great place that appeals to all kinds of travelers. It is well-known for its Hoysaleswara Temple that displays detailed carvings of animals, humans, and spiritual figures like Gods. It is said that it took 86 years to build the temple, however, it was never completed.

Hassan travel guide will reveal a lot about Jain culture and its contribution to Jain literature. Another iconic place of tourist interest near Hassan is the star-shaped hill fort called Manjarabad fort. This masterpiece was built by the then ruler of Mysore Tipu Sultan in1792 using French military architects. Today, this fort stands apart from the rest of the forts for its unique design and appeal. This fine piece of structure oozes the history of yesteryear and it is a must-see place while exploring places near Hassan.

The best season to visit Hassan is during the winter season when the climatic conditions remain pleasant and comfortable for the excursion. This place beholds different sights in every season.


How To Reach Hassan

A city that features a mélange of beautifully in scripted walls and ceilings of the temples is easily accessible from across the country. Hassan is situated at 205 km from Bangalore and is well connected with all the modes of transports. 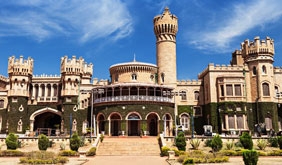 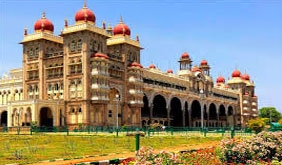