Nestled in the Indian Ocean, Mauritius is a pristine island nation that engraves a picturesque frame in mind. It is a go-to destination for vacationers looking for an ideal place to unplug and relax. The crystal clear waters, sparkling white sand and quaint fishing villages conjure amazing memories. Our 7 days and 6 nights mesmerizing Mauritius trip let you get wild on your incredible beach vacation. This Mauritius tour package covers all the popular attractions in Ile Aux Cerfs, North Island as well as South Island. Explore the city of Port Louis and go on a shopping spree, witness the grandeur of thehistoric Champ de Mars Racecourse, visit the Grand Bassin, delight your senses at the sight of Chamarel and there are a lot more. Our Mauritius itinerary will make your vacation truly remarkable. 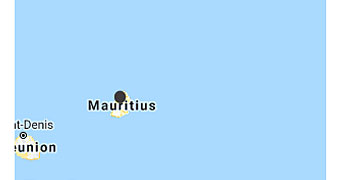 Your Mauritius family holiday officially starts when you arrive at the airport and meet our representative. He will escort you to the allotted hotel where you can relax for the day.

Mauritius is the famed island nation that is nestled in the Indian Ocean. The captivating assortment of sparkling white beaches, sapphire waters and the luxury resorts reward their visitors with an intimidating sight. The bountiful nature fills you up with unexpected surprise when you set foot on this vacationer's paradise.

Dinner and overnight stay at the hotel.

Today your Mauritius tour package begins with a full day trip to Ile Aux Cerfs which is nestled on the East Coast. In order to reach the island, you will be boarding a speed boat from the jetty. Once you reach the strikingly beautiful Ile Aux Cerfs, the rest of the day is free to immerse in the tropical vibe and indulge in water activities.

Commonly known as the 'Deer Island', Ile Aux Cerfs is a slice of paradise on earth. It covers an area of 100 hectares and flaunts some of the most beautiful beaches across the globe. The region is dotted with hotels and restaurants that offer the perfect gateway to chill. The crystal-clear water is full of marine life which makes it an ideal spot for snorkeling. There are other options such as banana boat rides, glass-bottom boat rides and water skiing.

You will be returning to the hotel in the evening. This is followed by savoring scrumptious dinner.

Post breakfast, your Mauritius tour package includes a full-day excursion to the North Island. Today you will be exploring the top attractions in the capital city of Port Louis. Start with Place D'Armes, and head to Champ de Mars Racecourse.

Port Louis is the capital as well as the largest city in Mauritius. It is a treasure trove of cultural as well as historical structures that feasts the sore eyes. The city is brimming with attractions that let you soak up the true essence of Mauritius. It is a magical holiday spot with a gorgeous background of the lofty Le Ponce and Pieter Mountains. Even the Port Louis beaches offer a scenic setting for visitors away from the city's hustle.

Place D'Armes is one of the most iconic sites on the African island. The boulevard is lined with palm trees and leads to the 18th-century Government House. Here you will find several statues of great men who played a significant role in the history of Mauritius. Place D'Armes and the Government House stand tall in the heart of the city and are regarded as this island's National Heritage.

Founded in the year 1812, Champ de Mars Racecourse is the most ancient racecourse in the Southern Hemisphere. The first horse race was held here in the 19th-century. It is in the same year, the British forces took over the island after defeating the French. Today, Champ de Mars Racecourse has a high international reputation and horse racing is the country's major sport. You can wander around the racecourse and enjoy the cool Indian Ocean breeze.

The tour continues to the exotic Le Caudan Waterfront and finally, the day ends with shopping. Le Caudan Waterfront is a luxurious complex packed with plush shops, casinos, movie theatres, restaurants and a five-star hotel. It combines a modern architectural style with a rich historical background. Besides shopping and entertainment, this arena hosts several remarkable events which will let you immerse in the cosmopolitan vibe of Port Louis.

With more than 170 outlets, Le Caudan Waterfront is an ideal place to go on a shopping spree. The outlets are a combination of international and local brands and include trendy, must-have items. From accessories and apparels to gadgets and souvenirs, you will find everything under one roof.

Return to the hotel and enjoy a comfortable overnight stay.

Today your Mauritius itinerary is all about exploring the exotic South Island. The popular attractions that you will be visiting include Trou aux Cerfs, Grand Bassin and the Chamarel.

Trou aux Cerf is the crater of a dormant volcano that looks mesmerizingly unique. It sits at an elevation of 605 meters above sea level. This beauty is enclosed with lush greenery comprising of varied plant species. The majestic view of the town and the mountain ranges makes it one of the hottest tourist spots in Mauritius.

Grand Bassin is a crater lake that represents the sacred Ganga River of India. This region is filled with enchanting Hindu temples and draws pilgrims from all across the country. There are a number of colorful statues dedicated to popular Hindu gods where devotees pray and seek blessings. The spiritual atmosphere with the burning incense sticks and reverberating chants have a peculiar way of making connections.

Chamarel, popularly known as the 'Colored Earth' is a prime tourist attraction in Mauritius. It is a small area that is filled with sand of distinct colors namely violet, brown, green, blue, yellow, purple and red. This phenomenon is the result of basaltic lava being converted to clay minerals. There are curio shops nearby that offer small test tubes filled with the colorful sand.

After getting back to the hotel, a delicious dinner will be served followed by a peaceful stay.

After having a sumptuous breakfast, you can spend the rest of the day at your will. You can stroll around the pristine beaches in Mauritius or you can go for shopping to the famous places in Mauritius such as Bagatelle Mall, Le Craft Market, Bay Bazaar and Central Bazaar. Souvenirs made of seashells, homemade oil, handicrafts and luxury products are very popular items there which you can take with yourself. Authentic dinner will be served in the evening and later you can relax and unwind.

Post breakfast the day is free to enjoy on your own. It is a great time to indulge in your Mauritius family holiday with your loved ones. Enjoy a leisure day and soak up the spectacular Mauritius sights at your own pace. You can visit some of the famous historical buildings such as the Blue Penny Museum, The Stamp Museum, and the Mauritius Natural History Museum. Or you can try some more watersport activities like Deep Sea Fishing and scuba diving. You can spend your day at Casela Wildlife Park spotting some lion, tigers and tortoise. In the evening, you will be served with a delicious dinner.

After breakfast, it's time to get ready and leave for the airport. Our tour representative will transfer you to the airport so that you can board the flight for your onward journey.