Named among the most beautiful islands in the world, Mauritius is rightly famed for its sapphire waters, powder-white beaches, and luxury resorts. But there is a lot more to explore in Mauritius than just the beaches, and it rewards even the slightest of attempts at exploration. The exclusively designed 6 nights/7 days Mauritius honeymoon package offers you a great time at one of the most sought-after honeymoon destinations on the planet. There are the cobalt-blue lagoons, nice sunny beaches and a mishmash of European cuisine, all be found on the heavenly island of Mauritius. Touring the reefs on a semi-submersible vessel and teeing up on primeval golf courses are high on the schedule for a romantic honeymoon in Mauritius. Get yourself ready to take the plunge in this paradise. 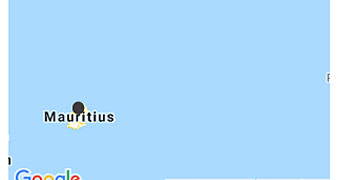 When you arrive at the Mauritius International Airport, our tour representative will meet and assist you to check-in at a pre-booked hotel. After the check-in formalities are completed, relax at the hotel. The rest of the day is at your leisure. You can spend some quality time with your spouse in this paradise. You can roam around on the streets nearby the resort or you can explore the local markets. One can try the local cuisines. Return to the hotel in the evening and enjoy the delicious cuisines in the dinner. Overnight stay at the hotel.

Wake up early morning and have a delicious breakfast. After breakfast, you will proceed for the sightseeing tour of the Ile Aux Cerfs. You will board a jetty to reach the island. The jetty is the quickest and fastest way to reach the island. The Fascinating Ile aux Cerfs tour offers a day of complete relaxation as you immerse in the stunning white sand soaking up the sun and take a dip in the warm turquoise waters outlying the beaches. You will get to visit and witness one of the picturesque beaches of Ile aux Cerfs, enjoy snorkeling and swimming in the beautiful lagoon surrounding the Island.

Later on, you will get to discover one of the renowned waterfalls at Grand River South East. After appreciating the visuals of the amazing sunset, return to your hotel.

Ile Aux Cerfs: - Ile aux Cerfs is a scenic island that is spread across 87 hectares of pristine land off the east coast of Mauritius. It is famous for its white sandy beaches, turquoise lagoons and the wide range of restaurants, water sports, and land activities.

It is also home to one of the most beautiful golf courses in the world, the Ile aux Cerfs Golf Club. It is an 18-hole championship golf course designed by two-time Masters Champion Bernhard Langer.

Grand River South East: - It is the longest river and another major tourist attraction in Mauritius. Located in the South Eastern Coast of Mauritius, your journey to the waterfall will witness winding paths that lead to coastal villages. On the way, the picturesque transition from the turquoise blue to the greenish water will put in a surprise. The lush green vegetation and a vast wall of the basalt rocks dominate the area.

End the fun-filled day with delectable dinner. Wrap up the day with a relaxed overnight stay in your room.

After having a healthy breakfast on the 3rd day of your Mauritius honeymoon tour you will head towards the North Island. Enjoy sightseeing in the capital city of Port Louis. The next stopover will be Place d'Armes and after exploring this place you will proceed for the action-packed Champ de Mars racecourse. Then you will visit to the fascinating Caudan Waterfront. Finally, shop for some souvenirs for your fond memories of this Mauritius honeymoon destination.

Port Louis: - It is the cosmopolitan capital city of Mauritius which was founded in 1735. The city is rich in its culture and ancient treasures that are worth visiting. The fascination of the city is in its pristine natural beauty, heritage, monuments, shopping delights, and other cherished experiences. Gaze at the Place d'Armes with its French colonial edifices.

Place d'Armes: - Considered as a jewel of the Mauritian heritage, the Place d'Armes is undoubtedly the most iconic place of the island. It stretches from the Hotel du Gouvernement up to the Port Louis Waterfront. The royal palms are lined on either side of the road leading to the attractive French Colonial building, the Government House that dates back to 1738. Also well-known by the name Sookdeo Bissoondoyal Square, Place d'Armes houses the statues of some of the great personalities who have contributed to the rich and long history of Mauritius in one way or the other. The buildings present in the region also depict the inherent history. Place d'Armes is one of the selected world-famous memorials and sites which is also a National Heritage of Mauritius.

Place d'Armes holds its position as the historic gateway for the city of Port Louis. Apart from the century-old palm trees, the statues found there, account for its global status.

Champ de Mars Racecourse: - The oldest racecourse in the Southern Hemisphere and the second oldest in the world, the Champs de Mars Racecourse was constructed under the sponsorships of the Mauritius Turf Club. It was established by Britain's Colonel Draper. Before 1810, the racecourse was a military training ground for the French troops. The racecourse has a boundary of 1,298 meters (4,258 feet), and the spectators can watch from the balcony of the stadium as well as from the private cabins. There is the statue of King Edward VII inside the racecourse. It is sculpted by sculptor Prosper d'Epinay, also there is a column known as the Malartic Tomb, which is constructed in honor of the French governor.

Caudan Waterfront: - Le Caudan Waterfront is a commercial space settled in Port Louis. The waterfront houses banking facilities, shops, cinemas, restaurants, casinos, a marina, and a five-star hotel. There are also exclusive shops that sell unique local goods such as imitation ships, Indian clothing, locally made-up jewelry or paintings from local artists. The shopping center also has a cinema hall, a bookstore, a marina, cafes and restaurants, a museum that displays two of the rare stamps in the world, a casino, and tax-free shopping places for the tourists.

Return to the hotel room after a beautiful day. Have a delicious dinner at the hotel. Overnight stay at the hotel in Mauritius.

After having a delectable breakfast at the hotel you will leave for a day tour to South Island. Start the tour with the sightseeing of the Trou Aux Cerfs. Proceed to the Grand Bassin after exploring the Trou Aux Cerfs. The next stopover of the day will be the Chamarel.

Trou Aux Cerfs: - It is an inactive volcano and is situated in the heart of Curepipe. It is one of the renowned natural tourist attractions in Mauritius. Trou aux Cerfs situated about 1 kilometer from the town of Curepipe. The dormant, volcanic crater is around 605 meters above sea level, with a diameter of 350 meters and a depth of around 100 meters. Interestingly, Trou aux Cerfs is also known as 'Murr's Volcano'. Unlike the typical volcanic features, Trou aux Cerfs' crater is surrounded by a wide expanse of thick forest which consists of native plant species and some of the enormous green pine trees. In the center of the crater, there is a small lake. It is believed that the Trou aux Cerf's volcano erupted once and has remained dormant for the last 700,000 years.

From the viewpoint of the basin, you will have a remarkable sight of the large part of Mauritius Island. Certainly, this is one of the key tourist attractions from where one can witness the 360-degree view of the Curepipe. And also one can get the grand view of the Rampart Mountain, Trois Mamelles, and the Port-Louis Moka mountain range from there.

Grand Bassin: - It is a holy lake which is also famously known as the 'Ganga Talao' signifies the mighty Ganges river of India. You will find her tucked away in the mountains of the South West surrounded by colorful Hindu temples and gods. Grand Bassin is now one of the most popular Hindu pilgrimage places situated outside India.

Chamarel: - The Chamarel colored earth is a nature's wonder and a popular tourist destination here. The Seven Colored Earths are a geological formation. The sand formed from the decomposition of the volcanic rocks into the clay. It is a comparatively small area of dunes including sand of seven distinct colors. The seven colors are brown, red, green, violet, purple yellow and blue.

Your day will be complete with a delicious dinner. Return to the hotel and stay overnight.

Wake up and have a sumptuous breakfast. After that spend the day on your own. Either roaming leisurely around the vicinity or relish at the hotel indulging in various activities that the hotel offers. There are few activities which you can do in your leisure days, like Kite Surfing at the Belle Mare, Quad Biking in La Valle Des Couleurs Nature Park, Cave Sea Kayaking in Albion Caves, Hiking and Zip lining at Tamarin Falls, and Sunset Horse Riding in Riambel Beach. You can also visit Casela Nature Park Segway Tour where you can spot exotic plants, flowers, and other species too. Tamarin Bay is the best place for Dolphin watching. And if you are an adventure enthusiast then hiking to Black River Peak, Canyoning at Tamarind Waterfall, underwater sub scooter trip, sea kart ride in Black River, and Mountain Hiking to Le Pouce Mountain are the few activities which you can choose. Enjoy the best time with your newly wedded partner.

Have a sumptuous dinner at your resort. Overnight stay at the hotel in Mauritius.

This day is the final day of the amazing Mauritius honeymoon package. Have a delicious breakfast at the hotel. The rest of the morning is at your leisure. You can explore the local markets and buy some souvenirs for your loved ones. After lunch, check out and leave for the airport for your scheduled flight. Board your flight back home and cherish the romantic memories spent with your loved ones.