Nepal, popularly known as the ‘Land of Thousand Temples’, is a perfect place for people seeking a sense of serenity. This 6-days Nepal tour will provide you with a charming and laidback ambiance and will make your trip an unforgettable experience. Nepal is the home to many fascinating UNESCO World Heritage Sites spread over the Kathmandu Valley. The heart and the capital of Nepal - Kathmandu, lies in the bowl-shaped valley of the same name. This valley has always been a melting pot of diverse cultures, religions, arts, and crafts. Along with a rich culture, Kathmandu has beautiful palaces and magnificent Hindu and Buddhist temples built-in the famous Pagoda style architecture.

During these 6-days in Nepal, you will be amazed to view the art, culture, lifestyle and historical sites in and around Kathmandu and Pokhara. Delightful Nepal trip package includes a visit to the famous Kathmandu Darbar Square, Patan Durbar Square, Pashupatinath Temple, Bindabasini Temple, and Manokamana Temple. So, pack your bags and join this trip to explore this beautiful Himalayan country. 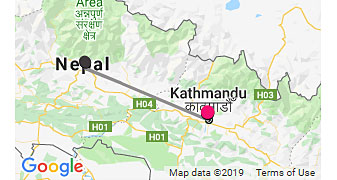 Our tour representative will meet you in Kathmandu and help you to check-in at one of the listed hotels. After a short rest, you will be taken to the famous Thamel Market. Thamel is a popular tourist area in Kathmandu and is dotted with stores selling trekking gears, clothes stores, souvenir shops, cafes, restaurants and pubs. This is one of the best shopping places for tourists and you will find a good collection of local handicrafts here.

After a sumptuous breakfast, you will start Kathmandu city tour that includes famous Pashupatinath Temple, Budhanilkantha Temple, Swayambhunath Stupa, Patan Durbar Square and Kathmandu Durbar Square. Pashupatinath Temple is one of the four most significant temples in Asia dedicated to Lord Shiva. Built-in the 5th-century, it is the largest temple in Nepal stretching on both sides of Bagmati River. This temple is one of the eight UNESCO Cultural Heritage sites in Kathmandu Valley.

Budhanilkantha Temple is dedicated to Lord Vishnu and it is a sculptural wonder. This temple houses Nepal's largest and the most beautiful stone carved idol of Lord Vishnu. The idol was made in the 7th-century from single black basalt stone. Swayambhunath Stupa is one of the oldest and holiest Buddhist stupas in Nepal. Set on a hilltop, it overlooks most parts of the Kathmandu Valley. It is the second most important shrine in the region with a white dome and a glittering golden spire. It is believed that a miraculous lotus plant blossomed from the lake that once covered Kathmandu Valley. This lotus radiated a brilliant light and the place came to be known as Swayambhu or self-created. Due to a large number of monkeys found in this temple, it is also known as 'Monkey Temple'.

Patan Durbar Square was established in the 3rd-century. It is famous for its rich cultural heritage and is also a UNESCO World Heritage Site. Patan, also known as Lalitpur, is home to fine arts of splendid wood carvings and metal statues. Emperor Asoka built four stupas in four cardinal points of Patan which are considered as architectural wonders.

After the city tour, you will return to the hotel for dinner and overnight stay.

After breakfast, you will head to Pokhara down the Prithvi Highway. You will be able to enjoy the beauty of the mighty Trishuli River which runs alongside the road. You will pass through the historic town of Bandipur and many other beautiful and charming villages. There are many restaurants around the highway route and you will be taken there for lunch. The entire journey will be scenic. Marvel at the beautiful views of the majestic Himalayas, stunning landscapes, villages, valleys and rivers. On arrival, check-in at one of the listed hotels in Pokhara. If time and energy permits, you can go out to explore the nearby surroundings on your own.

Enjoy dinner and overnight stay at the hotel.

On day 4 of your Nepal travel itinerary, you will visit Bindabasini Temple, Davis Waterfall, Gupteshwar Mahadev Cave, Phewa Lake and Mahendra Cave. The Bindabasini Temple is dedicated to Goddess Durga who is worshipped here as Goddess Bhagwati. She is believed to be the guardian deity of Pokhara. It is a small shikhar-style temple located on the top of a hill. It was built in 1845 and is of great religious importance to Hindus living in the Pokhara region. Davis Waterfall is an extraordinary waterfall which flows through some rocks before disappearing into a 500 ft. underground tunnel at the bottom of the waterfalls. This tunnel has given this falls the name Patale Chhango which in Nepalese means 'underground waterfall'. This tunnel leads to Gupteshwar Mahadev Cave. Gupteshwar Cave is located on the opposite side of Davis waterfalls. The Davis waterfalls can be seen from the edge of Gupteshwar Cave and the water goes flowing beneath the cave. A huge stalagmite was discovered in the cave which was later started to be worshipped as a symbol of Lord Shiva.

Phewa Lake is a freshwater lake and it is the second-largest lake in Nepal. On a clear day, the stunning Annapurna mountain range can be seen being reflected in the lake. This lake is famous for boating and several other fun activities. Tal Barahi Temple is on an island in Phewa Lake and it is dedicated to Goddess Durga. There is a legendary story that Goddess Durga came to visit this place and she was so captivated by its beauty that she decided to stay here. Mahendra Cave is a limestone cave which is an ecological wonder. This cave is lit using light bulbs but still torches and emergency lights are always provided to tourists. The cave is named after Nepali King Mahendra Bir Bikram Shah Dev.

At the end of the exploration tour, you will be taken to your hotel for dinner and overnight stay.

After breakfast, you will start your journey to Kathmandu. On the way, you will visit Manokamana Temple in the Gorkha region of Nepal. This temple is dedicated to Goddess Bhagwati and it is nestled on the top of a hill. Mana means heart and Kamana means wishes and it is believed that Goddess Manokamana fulfills the wishes of her devotees. Spectacular views of deep valleys, terraced fields and majestic mountains can be enjoyed from the temple. Cable car facility is available to reach the top of the hill and you will definitely enjoy this scenic ride.

On your arrival, check into one of the listed hotels in Kathmandu for enjoying delicious dinner and an overnight stay.

This is the last day of your Nepal travel itinerary. After the breakfast you will be taken to the airport for your onward journey. Hope you have enjoyed the beauty of this small Himalayan country and the great hospitality of the people of Nepal.