Dalhousie, a beautiful hill station in the state of Himachal Pradesh, is positioned in the lap of Himalayas at a height of 6,460ft above sea level. Dalhousie has emerged as one of the most visited hill stations of India and is famed for its splendid beauty and salubrious climate. With its beautiful churches, British style buildings which have been transformed into resorts and hotels, Victorian-style mansions and many other attractions, Dalhousie travel guide makes you fall in love with the town. Dalhousie, with its quaint settings and brilliant weather, has ample to make you fall in love with. No wonder that it was one of the favorite summer towns for the British during the colonial era. It still has the same charm about it and sees lesser tourists as compared to the other more mainstream tourist destinations. Tall, dense pines, meandering lanes, tiny cafes and happy locals are a permanent feature of Dalhousie. Visit it for a getaway that will take you far away from the maddening crowds of more popular hill stations.

Located atop five hills in the Chamba district of Himachal Pradesh, Dalhousie is one of the most popular weekend retreats in North India. This idyllic hill station is situated in the foothills of the Dhauladhar Mountains and facing the Pir Panjal Range of the Western Himalayas at an elevation of 1,970 meters above sea level. Named after the erstwhile Governor-General of India Lord Dalhousie, this serene, picturesque town leaves many yearning for a longer vacation. Lord Dalhousie had established this town as a summer retreat for British officials. True to its history, tourism in Dalhousie remains the ideal de-stress holiday for the workaholic in you.

Dalhousie remains a largely unspoiled hill station with its remarkable surroundings and views of the Himalayas. It is a quiet hill town with little or no nightlife and is best suited for tourists who seek the serene atmosphere and honeymooning couples. The town comprises mainly of colonial-style buildings and bungalows with narrow avenues that are mostly covered in fog and surrounded by fir and pine trees.

Dalhousie also acts as a gateway to an equally enchanting hill town of Chamba, which was ruled by a Hindu dynasty during the 6th century A.D. The rich culture and art of the region are still preserved here. The capital of this ancient kingdom was Bharmour, home to Gujjar and Gaddi tribes. The region has 84 ancient temples that are more than a thousand years old.

A veneer of Tibetan culture has added an exotic touch to Dalhousie. The picturesque town is interspersed with the colonial-era buildings, low roofed stalls, and hotels. The pine-covered slopes around it are intersected with paths and treks, which are ideal for short undemanding walks. Marvelous forest trails overlook vistas of wooded hills, waterfall, springs, and rivulets. Dalhousie tour guide will reveal its charming architecture and panoramic views of these snowcapped mountain ranges.

Sightseeing and Things To Do in Dalhousie

Far from the reaches of your monotony of routine life, Dalhousie brings you a breath of fresh air. Decked with beautiful Victorian-era churches and houses this hill station is a famous honeymoon destination, especially during winters. Though the best time to visit Dalhousie Himachal Pradesh is summer if your heart yearns for adventure and solitude, visit Dalhousie in winter when everything is bathed in a layer of powdery snow.


How To Reach Dalhousie

Surrounded by lofty mountains and pine-clad valleys, Dalhousie is a scenic cool retreat of Himachal Pradesh, flocked by a large number of tourists every year. 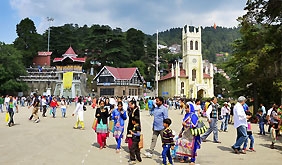 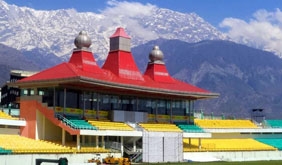 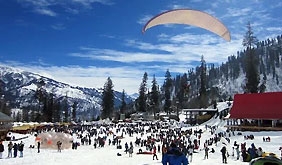 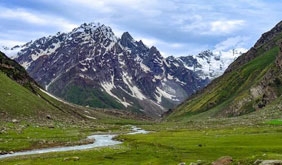