A Complete Guide to Kedarnath Yatra in Uttarakhand 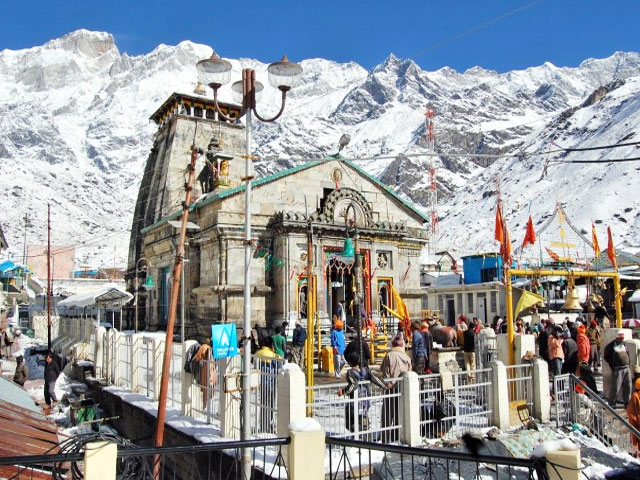 Kedarnath is perched at an altitude of 3,583 meters above the mean sea level. Snuggled in the Garhwal Himalayas, Kedarnath Temple is dedicated to Lord Shiva. Kedarnath Dham is one of the four Dhams of the Chota Char Dham in Uttarakhand is now a pilgrims’ hotspot owing to the many other visits-able places of great spiritual importance around the main shrine. So once you plan the Kedarnath tour, prepare to experience total spiritual solace.

The Religious Significance of Kedarnath Temple

Kedarnath Temple nestled in the Garhwal Himalayan range of Rudraprayag District of Uttarakhand. It is situated on the bank of Mandakini River, a tributary of River Ganges. It is one of the most revered shrines of India. This temple aged more than 1,000-years-old and it was built by Guru Sri Adi Shankracharya. It is one of the most famous pilgrimage sites of Char Dham Yatra in Uttarakhand.

The religious significance of the Kedarnath Temple is dated back to the time of the Mahabharata wherein Pandavas killed their cousin brothers Kauravas. They were feeling guilty and incompetent to enter into heaven. Pandavas sought Lord Shiva to liberate themselves from their sins. On their way to forgiveness, they were looking for Lord Shiva.

Lord Shiva did not want to release Pandavas from their sins so easily. In order to do so, Lord Shiva disguised himself in the form of a bull. On being discovered by the Pandavas he dived into the ground. Bhim tries to catch him and only able to get hold of the hump. According to the legends, different body parts of the bull appeared at different places which are revered by the devotees as Panch Kedar. The hump of the bull was found in Kedarnath.

One can go on a Char Dham Yatra by helicopter also. You can book a tour with us and seek blessings at the famous pilgrimage sites of India.

Kedarnath Temple opens on the auspicious day of Akshaya Tritiya and the day is decided by the priests in Ukhtimath’s Omkareshwar Temple. The closing date of the temple is fixed and on the day of Bhai Dooj, on the second day of the festival of Deepavali.  Kedarnath’s opening time is announced by the priests on the Maha Shivaratri.

The route to the Kedarnath Temple is covered with snow for more than half a year and it is inaccessible throughout the time. The best time to visit Kedarnath is from May to June and September to October months. During winters the temple is inaccessible as snow blocks the roads and owning to this it remains closed during this time. Summer is the best season to visit Kedarnath. Summers has the perfect weather to pay a visit here. Monsoon season characterizes the heavy downpour. So try to avoid this season.

The Kedarnath Mandir darshan starts from 4:00 A.M to 9:00 P.M. In between it closes from 3:00 P.M to 5:00 P.M. Kedarnath Temple is inaccessible for 6 months of the year as the route is blocked due to the heavy snow in the region. It opens in April till October which depends on the Panchang. Kedarnath Aarti Timings are:

One can also go for Kedarnath VIP Darshan at a cost of INR 2500 per person.

Places to visit around Kedarnath Temple

Kedarnath is an important pilgrimage destination for the Hindus, and teeming millions visit here annually. After, the devastating flood in 2013, Kedarnath tourism received a huge blow. The entire trek-route by the side of Mandakini washed away as if it was never there. Now, the Kedarnath Temple route has been renovated and the Kedarnath Yatra has resumed like before.

In the summer months starting from early May, when the temple opens to the general public, the devotees flock the holy site and the profound silence of the beautiful valley surrounded by scenic splendor is broken by the buzzing chants of the holy names of Lord Shiva. For Kedarnath sightseeing, there are many pilgrimage sites close to Kedarnath, which the tourists may find worth visiting.

Here is a list of Kedarnath places to visit:

Lord Kedarnath is one of the 12 Jyotirlingas and hence is considered very powerful. It is interesting to note that during the flood everything on either side of the temple was completely erased but the temple remained intact. The devout followers call it a miracle of the Lord. There is a mythical account attached to the temple and the presiding deity Lord Kedarnath. It is believed that the actual mountain was built by the Pandavas when they wandered off in the Himalayas after the destructive war in Kurukshetra. Lord Shiva appeared as a ferocious bull in front of the Pandavas to scare them. But, Bhim being the strongest and courageous one faced with all his might and captured the tail of the bull.

The bull escaped into a crevice leaving his hind part in Bhim’s hand while its head appeared in Pashupatinath in Nepal. The Pandavas prayed to Lord Shiva and pleased He appeared before them and granted that He will always be present here. Now, that pyramidal rock structure is worshipped by the devotees in the belief that Lord keenly listens to their prayers. Kedarnath is one of the most famous pilgrimage sites of the Chardham circuit. Book a Chardham Yatra package and seek blessings.

As the story goes, the present temple has been built by Adi Shankaracharya in the 8th century AD. He was a brilliant scholar and religious reformer. He revived Hinduism by establishing four seats of study at four points of the country, established and revived the ancient temples and idols, wrote innumerable Sanskrit poems and scholarly texts in his short lifespan of 32 years. It is believed that he attained Samadhi here.

It is the very place where it is believed that Lord Kedarnath accepted the proposal to marry Parvati. He married her in Triyuginarayan, another pilgrimage site high up the mountains where it is said that the fire of the Yajna still burns. Here, at Gaurikund, there is a hot water tank where every devotee must take a holy dip to absolve all his sins before going for the ‘Darshan’ of Lord Kedarnath. It was the starting point of the 14 km Yatra to Kedarnath before the Deluge in 2013. Now, the route has changed and the new route starts from Guptkashi and takes a long winding way 34 km.

The Panch Kedar typically consists of Kedarnath, Tungnath, Rudranath, Madhyamaheshwar, and Kalpeshwar. These five temples are situated high up on the upper part of the Himalayas and therefore are not only covered by snow most of the time but also have rough perilous terrain. The slight variation of the earlier myth of Pandavas is that while Bhim caught the bull by its tail, the bull was torn apart in five parts and fell in five different places in ‘Kedar Khand’.

Located east of the Chor Gamak glacier, Vasuki Tal is a glacial lake near Kedarnath. The crystal clear water of the lake holds the shadows of the high peaks surrounding it was created a marvelous sight. It is a moderate to difficult trek about 7 km upwards from Kedarnath.

It is also a renowned pilgrimage site at a height of 1311 m from sea level. During the winters, when the temples of Badrinath, Kedarnath, and Panch Kedar, etc. are clad in deep snow, the idols are brought here in Ukhimath for regular worship and prayers.

How to reach Kedarnath Temple?

Kedarnath Temple is one of the most popular pilgrimage sites in India. Millions of people flock here to seek blessings of Lord Shiva from all over the country. Most of the people don’t know how to reach Kedarnath. So here we are to help you out with the best route to visit Kedarnath Temple.

By Road: Gauri Kund is the place till where the vehicle is allowed and it is well connected with the nearby major cities by good road network. From Rishikesh, Dehradun, Uttarkashi, Chamoli, and Tehri one can easily get a taxi or cab till Gauri Kund.

Kedarnath Yatra is open from April to October while the rest of the year the roads to the temple are blocked due to the heavy snowfall. One can book the Kedarnath tour packages online and delve into spirituality. There are so many people who wish to come but cannot take long road journeys or cannot travel through a long trek route for the government has introduced the helicopter services from various locations. Kedarnath helicopter packages are best suited for aged people who cannot trek.

Char Dham Yatra in Uttarakhand is one of the holiest sojourns which undertook by a large number of devotees every year. Char Dham Yatra can be done in any format but here is the best route for the sacred journey in which Kedarnath Badrinath tour is also included:

One can book Kedarnath Yatra 2020 in advance and save yourself from all the hustle. 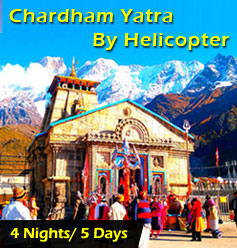 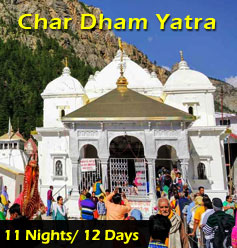 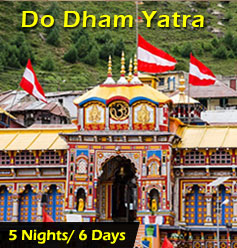 3 comments on "A Complete Guide to Kedarnath Yatra in Uttarakhand"