According to Ayurveda, three bodily humors or Doshas make up an individual. The health of an individual depends on the balance between the Doshas or bodily humors called Kapha, Pitta and Vata- Tridosha. While Vata Dosha mobilizes the function of the nervous system, Pitta Dosha plays a key role in digestion by using bile and thus bile to direct digestion and improves blood circulation and Kapha Dosha is related to lubrication, mucous, and carrying of nutrients into the arterial system. Ayurveda works on the fundamental concept of Tridosha. To have a deeper understanding of Ayurveda and its benefits, it is important to understand the Tridoshas. 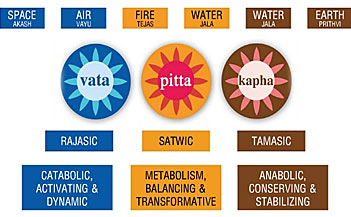 Tridosha forms the foundation of Ayurveda. This is why, it is important to understand this theory so as to avail all the benefits of Ayurveda. As per Ayurveda, all the processes and biological organisms that occur in a body are because of three energetic principles. These three principles together make up the Tridosha. The three Doshas are believed to be formed by a combination of five universal elements – earth, fire, water, wind and space. Every human being is born with a different balance of Tridosha. The Tridosha regulates all the systems of the body. Tridosha theory plays a vital role in maintaining the health of the body.

This Dosha is formed by a combination of wind and space. The basic characteristic of the Dosha is movement, be it physical or spiritual. The Dosha controls the flow of neural impulses. Also, the Vata performs a major function of controlling the other two Doshas. The first focus of the Dosha is to constantly maintain a balance between all the three Doshas. Further, the Vata Dosha has five sub-Doshas which include: 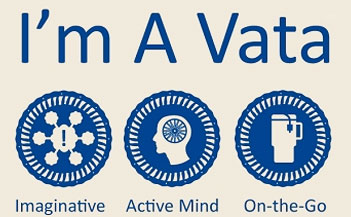 Formed by a combination of fire and water, Pitta Dosha governs all the processes related to metabolism and changes (mental and physical) that occur in the body. The major functions performed by the Dosha include digesting food and further using it to make energy for the body. The Dosha is further divided into five sub-categories: 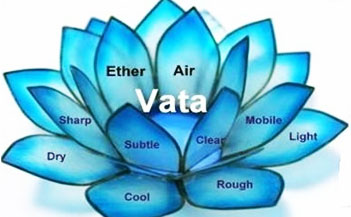 Earth and water together make Kapha, the anabolic Dosha. The most important function of the Kapha Dosha is to provide energy to the mind and body. The Dosha also controls the amount of water in the body and fills up those parts that have less water, till the cellular level. The Dosha also plays an important function at the psychological level where it is linked with emotions like envy and love. Kapha is further sub-classified into: 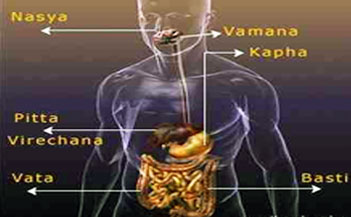