Is Hatha Yoga a tantric practice?

What is Hatha Yoga? 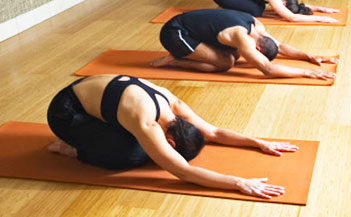 Hatha Yoga is a combination of two words- Hatha, which means willful or forceful and yoga, meaning union. Basically, Hatha Yoga involves a set of physical exercises (often termed as asanas or postures), that aims to align the skin, muscles and bones.

The prime essence of Hatha Yoga is to maintain the balance between the masculine and feminine aspects of life. These two aspects represent the active, hot sun and cool receptive moon. This form of Yoga (particularly its postures), has evolved into a global trend.

Being a powerful tool for self-transformation, Hatha Yoga has evolved into a trend for the present day generation. The model of Hatha Yoga is not only aimed towards maintaining an advanced degree of physical wellness, but also spiritual being.

Thus, one must imply this form of yoga in its daily schedule as a strictly physical activity, but more of a balance between body, mind and soul. Besides the asanas and yoga postures, Hatha Yoga involves meditation, which is the crux of holistic healing.

Who can do Hatha Yoga?

Anyone with a desire to attain relaxation and a stress-free life, can perform Hatha Yoga. Irrespective of the age and flexibility, this form of Yoga works wonders in creating new parameters for the human body. 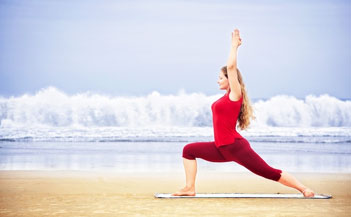 The dual type yoga-Hatha Yoga is divided into various types and forms. Each of these are based on six limbs of the human body, which further represent the essence of the whole component. The major derivatives of this form of yoga are mentioned as below:

An intense form of yoga, Ashtanga works in synchronizing the breath with yoga postures in a bid to detoxify muscles and organs. Primarily, Ashtanga yoga is known as 'Yoga Chikitsa' (Yoga therapy). It begins with sun salutations, progressing to seated and standing poses, backbends and ending it with relaxation.

At the primary level off Hatha Yoga, there are a total of 75 yoga poses. This whole process is designed in such a way it helps in maintaining the alignment of the spine and detoxifying the body. The body not only feels rejuvenated, but an increase of strength, flexibility and stamina is most likely to be achieved.

After the primary series, comes the intermediary series. In holistic terms, it is called as 'Nadi Shodana'(nervous system purification). One is allowed to practice this, only when he has advanced from the primary level of Hatha Yoga.

Nadi Shodana cleanses and strengthens the nervous system, and thereby channelize subtle energy throughout the body. Progressions at the intermediary level are same like that of the previous level. Only there is an addition of asanas or postures to differentiate it.

Kundalini yoga aims to awaken the stored energy in the human body through dynamic yoga poses. This is done by stimulating the seven chakras (energy centers), and hence reflects the spiritual side of yoga. Several yoga postures incorporated with breathing techniques and meditation. Sometimes these yoga postures mainly focus on intense breathing, chanting and meditation, while in other times, they are just repetitive physical movements.

Just like the Ashtanga, Vinyasa is a powerful and intense form of yoga practice that mainly focuses on the physical aspects. It is highly suited for athletes as it is known to increase strength, stamina and flexibility.

Bikram yoga is a special form of yoga that is practiced in hot and humid rooms. It is one of the most rigorous forms of Hatha Yoga and results in external sweating and profuse internal heat. There are a total of 26 yoga postures that need to be practiced twice in a disciplinary manner.

One of the renowned derivatives of Hatha Yoga, Iyenagar works in maintaining the alignment of yoga poses. The practice does not focus on the progression of yoga postures, which use to happen in Ashtanga yoga. Practitioners use props like straps, mat, blocks and chairs to align their yoga postures.

In Iyenagar yoga, there are a total of 2000 yoga poses, which are carefully structured to allow the practitioners to safely practice the basics as well as the advanced ones. Besides yoga asanas, it involves 14 different types of pranayamas as well.